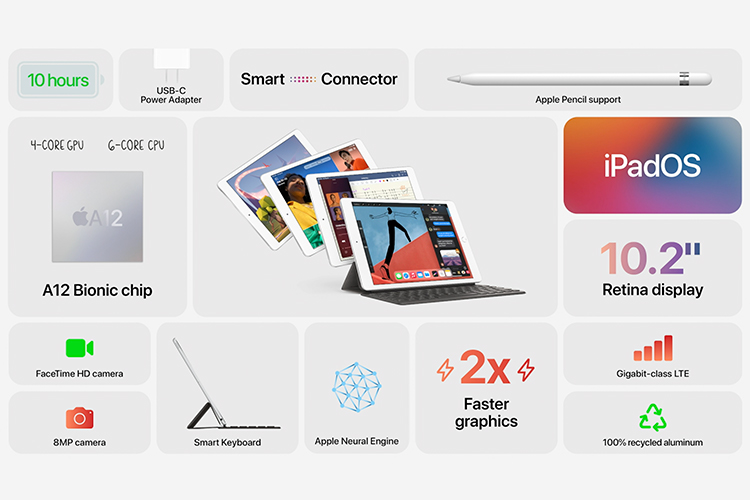 Alongside the Apple Watch Series 6, and new Apple One bundles, the Cupertino giant has today announced the new 8th-gen iPad. The new iPad comes with the same design as the 7th-gen iPad, but with a bunch of under the hood improvements. Those improvements are thanks to the new A12 Bionic chipset inside the iPad. […]

The article 8th-Gen iPad Announced with A12 Bionic; Priced at $329 was first published on Beebom